Hundure High Level of Security and Protection in the Financial Institution

High Level of Security and Protection in the Financial Institution 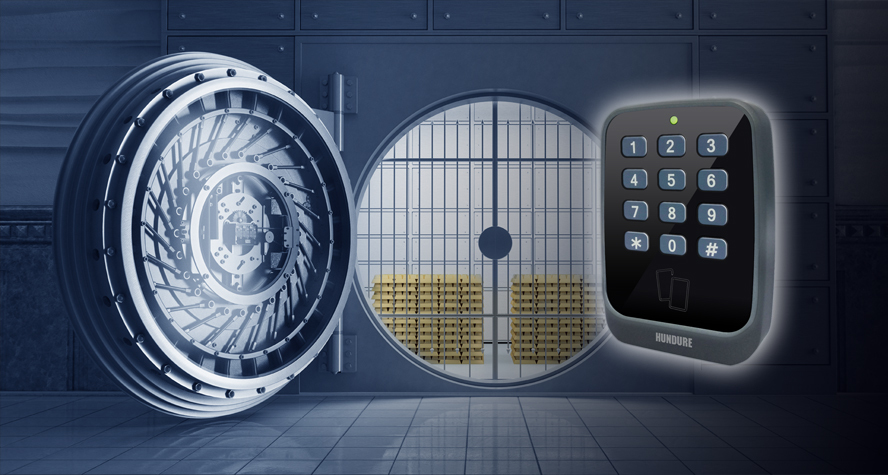 XXX County Rural Credit Cooperatives Association was established in the 1950s and has gone through more than 60 years of history. As of the end of April 2015, there were 30 business outlets in the county, covering all towns (townships) in the county, with 290 employees. The deposit market share ranked first among county financial institutions. In order to cope with the business expansion, they intend to migrate to a new headquarter. In new headquarter, they planned to enlarging the bank vault for storing the large amount of cash and provide the rental service of safe disposite boxes as well. They needed, therefore, a high-end access control system to reinforce the security of their bank environments.

Hardware:
TCP/IP Two Door Controls Panel was required to control doors of bank vault.
Vandal-resistant mifare keypad readers that were able to prevent the vandalism were installed in both sides of the doors.

Software:
The client needed a software to control the doors of bank vault.

- Two door interlocking: Interlock systems control the locking of two doors so that if Door A is open or unlocked, Door B refuses access. The Illustration of Two Door Interlock is as below.

- Dual authorizations: Doors opened only when two authorized persons put in their credential together.
- Off line work: The control panel was able to store all system parameters and continued to work even though the control panel is disconnected or removed.
- Druess code alert: When the door opened in the emergency, control panel will send a signal to control center simultaneously for tracing and rescuing.
- Anti-passback: Preventing an access card or similar device from being used to enter an area a second time without first leaving it. It avoided the cardholder from handing his card to another person to use.
- TCP/IP communication: Supported passive and active TCP/IP communication which was able to connect with HAMS for access control management.
- Variety alarm functions: Featured multiple alarm functions , like door is not closed, externally forced open door, reader tamper alarm, which were able to be linked to the alarm relay output.

After installing RAC-2000WSN and PXR-K1, these benefits were received.
- Higher security: Dual authentication ensured that high security areas were accessed by the designated staff only in the presence of a higher designated authority.
- Cost-effective: The 2-door access controller was mainly applied in the case of the projects with small and medium numbers of doors because of its inexpensive, flexible planning and easy installation. TCP/IP architecture was able to use the existing networking infrastructure – reduce cable overheads.
- High flexibility: It supported up to 15,000 cardholders and 40,000 card-swipe records so there was no issue about future expansions.
- Off line work: Authorizations and swipe card records may save in the panel over 10 years after power off.